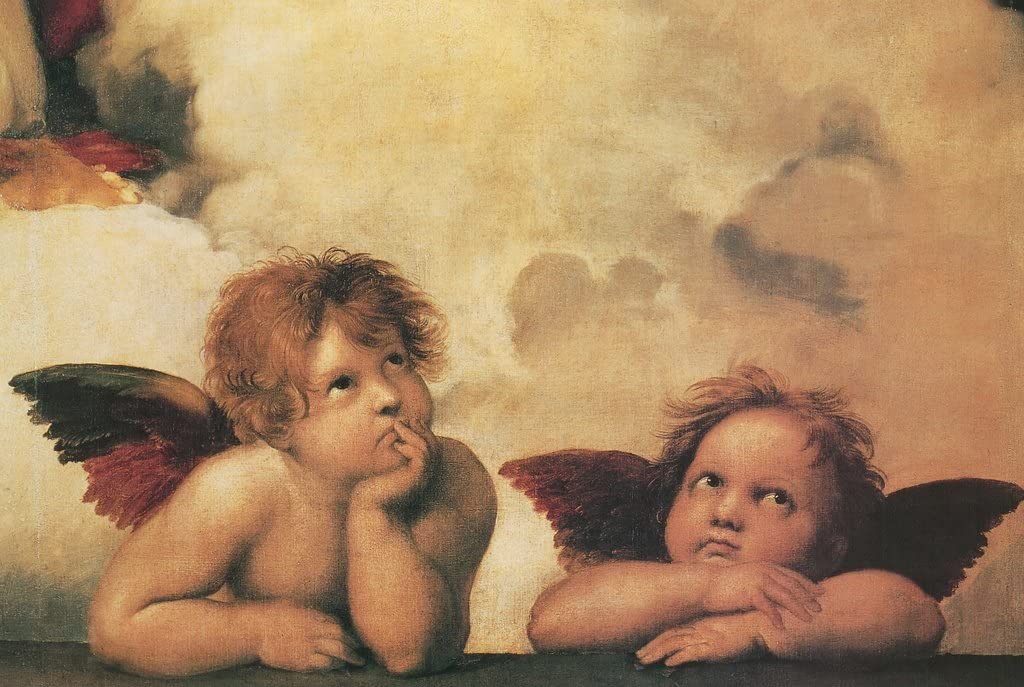 Have you ever heard someone refer to a baby as being “a little cherub”?

What comes to mind is probably an image of a chubby little angel flying around in a draped white cloth with dimples and a bow and arrow. Yet, if we actually met a cherub, we would probably shrink in fear, as those did in Scripture who actually came face to face with one of God’s greatest created beings.

Ezekiel was one such man, and he describes the Cherubim in Ezekiel 1:13 —

There is nothing cute in that description. And there shouldn’t be. The Cherubim were created by God to worship Him, just as all creation was. We see that in Isaiah 6 and Revelation 4.

But Cherubim are also used by God to carry out His judgment upon the earth.  Cherubim with flaming swords were placed at the garden of Eden to keep Adam and Eve from returning after they sinned.  And it will be Cherubim that announce the four horsemen of the Apocalypse in Revelation 6.

Praise God that if we are on His side, these mighty warriors of the Lord will be with us and not against us.