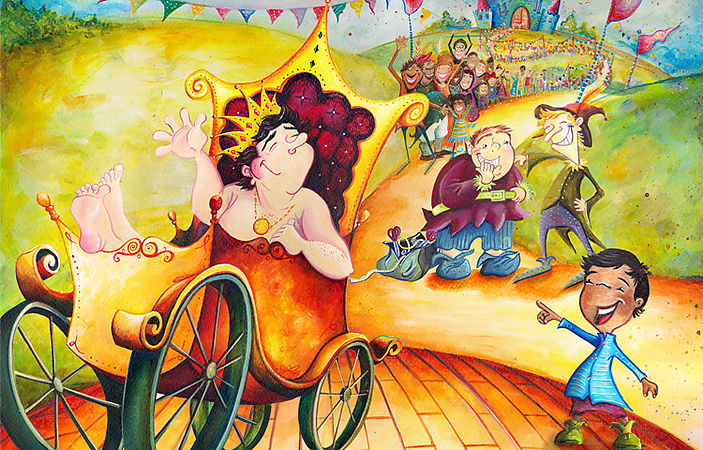 Many of us have heard the tale of the Emperor’s New Clothes.  The story tells of an Emperor who thought much of himself and his clothing.

One day band of swindlers came to his kingdom, claiming to be great weavers of the finest cloth that could only be seen by the noblest and intelligent people of the land. Using the Emperor’s pride against him, they made him the grandest set of new “clothes” which would set him apart from everyone else. The Emperor’s pride kept him from admitting that he could not see the clothes, which, of course, did not exist. And so he proceeded to don the invisible clothing and walk naked in front of his subjects. In their pride, everyone else also pretended that these new clothes were splendid so that they would not be labeled as simple or stupid. In the end, it was the wisdom of a child that revealed the truth that the Emperor had nothing on at all.

“Blessed is he that watcheth, and keepeth his garments, lest he walk naked, and they see his shame.”

Those who “watch” are those who are looking for Jesus’ return, for they know He is coming.  These are the “overcomers” who will not be ashamed when He returns, for they will be clothed in the robes of the righteousness of Jesus Christ.

But all others, who resist the Truth in pride will be spiritually naked and ashamed at the day of His appearance.

Do you have your “robes” on, watching for the return of the Lord?

He is coming soon. Do not be caught off guard.