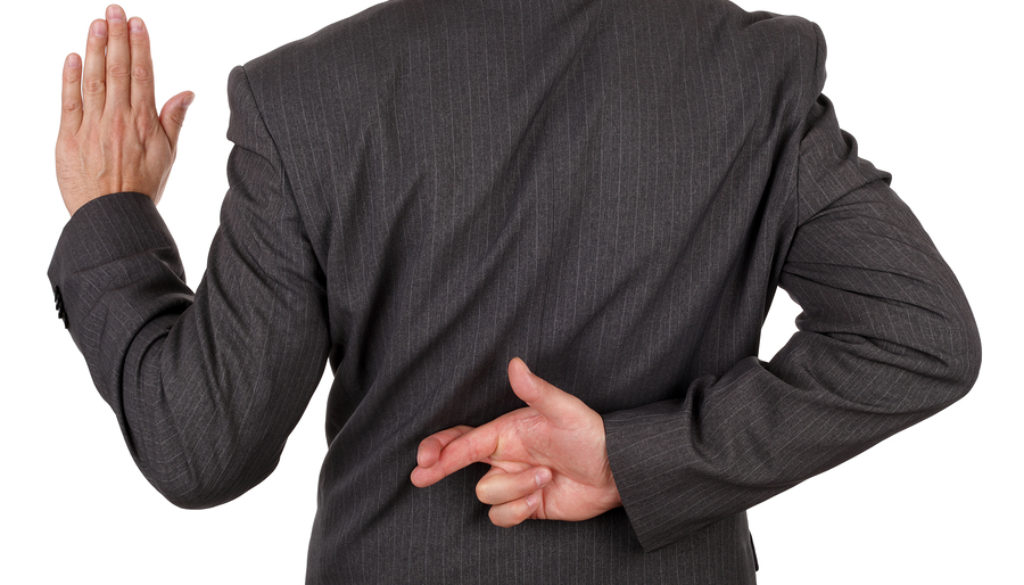 Most of us know the story about the boy who falsely cried “wolf” just to get attention, and then when there really was a wolf, no one would listen to him.

That is the problem with insincerity and falsehood.  No one believes you, even when you are telling the truth.  That is why many people take to using oaths, swearing on their mother’s grave, or even swearing before God, since otherwise, they would not be believed because of their reputation for bending the truth.

Have you ever noticed that it is generally the most untrustworthy people who are always trying to convince you of something by swearing that it is true?

Jesus warned us about using oaths to convince people of the truthfulness of what we say in Matthew 5:37:

“But let your communication be, Yea, yea; Nay, nay: for whatsoever is more than these cometh of evil.”

His command was preceded by a warning against using oaths to convince others of our truthfulness, referring to the Scribes and the Pharisees as examples of those that used oaths to deceive others into believing them.

If we would just speak the truth all the time, we will develop a reputation characterized by truthfulness and people will take us at our word without us having to swear an oath.

It really is true that honesty is always the best policy.